The questions many non Spanish citizens. Can I get a Spanish mortgage for non residents. Non resident mortgages in Spain are available.

Foreigners buying in Spain applying for a Spanish mortgage can expect up to 70% loan to value. However criteria for non EU citizens and expats can be affected by where the applicant is a tax resident. Also currency in which they earn their incomes.

When granted the rates for a Spanish mortgage for expats will stay the same no matter where you reside. Access to borrowing and loan to values along with the term of the loan can however be affected.

Buying a property in Spain. Firstly its advisable to get guidance. How will your country of residency affect non resident mortgages in Spain. Before making a commitment get the facts.

To assist in understanding average repayment costs. Use the IMS mortgages in Spain for non resident calculator.

Applicants living in most European countries wanting non resident mortgages in Spain can expect to gain 70% loan to value.

This means that for instance expat Swiss clients, or UK clients requiring a Spanish mortgage may experience some limitations. As well as currency issues, ability to access other assets has a bearing.

Spanish Banks see residents from the key areas within the EU as strong applicants. Their loan books indicate Spanish Mortgage holders from Germany, Scandinavian countries, Sweden, Denmark and Norway and France are robust. The fiscal strength and stability of these countries is a positive.  Likewise clear paperwork. Therefore the Banks can ascertain the strength of the application. For risk reasons this is a major factor in the lenders desire to lend.

Some Banks in Spain will offer preferential rates to those from Germany and Scandinavia. This is because of the historic positive experiences.

Some European countries are considered fiscal paradises by the lenders. For instance Gibraltar, Malta, Monaco. Applicants may find lending facilities for a mortgage are more limited. Mainly due to compliance issues or lack of official documentation.

Another factor that can affect criteria is the links by way of law.  So whether the Bank has the facility to pursue assets in the country of the mortgagee residency. Relevant in the event of a of a default of the non resident mortgage in Spain.

Mortgages in Spain for US Citizens

Can I get a Mortgage in Spain?

Whilst applicants who are US citizens requiring a Spanish mortgage for non residents earn in Dollars. Also fall outside the scope of the Spanish Banks being able to realistically pursue assets. Nevertheless the official documentation is robust and very clear and concise. US citizens applying for a mortgage for overseas property in Spain can in general expect to be treated in the same way as Europeans.

Loan to values and access to fixed rates are limited.

Credit files, clear tax system along with plain English work contracts, make risk assessment easier.  Yearly accounts for self employed, allow the lenders to assess the risk for the mortgage in Spain. In conclusion documents are clear and understood.

US citizens are also not seen as compliance issue. This is because source of deposits and incomes are easy to check under money laundering rules.

Whilst it may be difficult to obtain the Banks the full 70% something between 60% to 65% is very possible. Subject to the fiscal strength of the applicant. Certain clients with a high quality fiscal situation being able to obtain the full 70%.

The outcome of any restrictions is that most applicants taking an expat Spanish mortgage need a 35% to 40% deposit. They also require a further 12% or so for costs.

To work out payments each month our Spanish mortgage calculator can be used.

As with US citizens applicants borrowers from both these countries will find most Banks in Spain lend and between 60% to 65% loan to value. This is the normal range for a mortgage for overseas property in Spain.

Spanish mortgages for Expats living and working in non tax paying jurisdictions. For instance the UAE are able to obtain loans in Spain. However there are far more limitations than for other countries.

This is due to the ability of the individual to able to prove incomes. Mainly due to the lack of tax returns being available.

Those employed by large multi national companies will find it easier to gain a mortgage in Spain for non residents. For those self employed, or employed by smaller companies its more difficult. Never the less between 50% to 60% can be achieved for those living and working in the Middle East.

Of recent documentation that can be presented has improved. Most Middle East countries now do have some form of credit file. This is a key underwriting tool. Therefore helps obtain a Spanish mortgage for non residents in Spain.

Spanish expat mortgage applicants can expect to have to provide more documents. For instance many months of bank statements. This is required to substantiate income levels in absence of tax returns. In addition to prove continuity of incomes.

Can I get a mortgage in Spain?

Spanish Mortgages for Expats living in Hong Kong and Singapore will be able to get lending. Much of the documentation required reflects closely the formats seen in Europe.

Nationals with no previous link to Europe may find lending harder to achieve.

Again like those in the Middle East loan to values will not exceed 60%.

Obtaining expert assistance to make an application for a mortgage in Spain is advisable. Most importantly increases the chance of success.

Applicants from all these countries may find it difficult to gain a mortgage in Spain. With expert help its not impossible impossible.

Expats working for multi nationals in the Oil and Gas industry should be able to get some form of lending. However often, due to them working on fixed term contracts, loan to values can be limited.

Due to high level due diligence obligations some Banks in Spain choose not to deal with applications from some countries and some residents.

Generally speaking 50% loan to value will be maximum. However if the applicant is employed by a well known company there are possibilities that this could be higher. 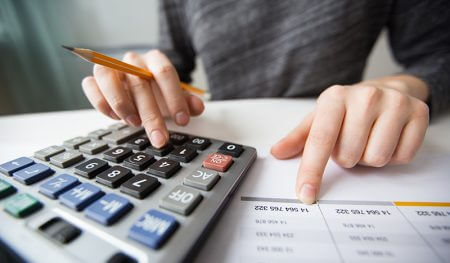 Whether a resident or a non resident mortgage is granted depends entirely on where taxes are being paid.

This means that Spanish passport holders working elsewhere in the world will be offered non resident terms and conditions rather than resident ones.

Because of the clear link to Spain most will not experience difficulties in gaining a 70% loan. It is not possible to gain the 80% they would be able to achieve if they paid taxes in Spain.