Official data from the INE on Spanish Mortgages

As anticipated the level of Spanish mortgages granted in Spain for December 2013 followed the same trend as the rest of year and were down both month on month and year on year.

Whilst this drop may seem very high the numbers are against a backdrop of significantly more mortgages being granted in December 2012 due to the higher level of completions as buyers rushed to beat the removal of tax breaks that were withdrawn at the end of 2012.

The average loan size dropped yet again to € 101.494 reflecting the lower loan to values being granted and lower overall purchase prices.

In line with the rest of the year in general the coastal areas and the Islands had lower drops in mortgages granted than the metropolitan or City areas.

In the Cities overall figures were down by a massive 50% or more in the month of December whilst regions like Andalucía held up a little better. 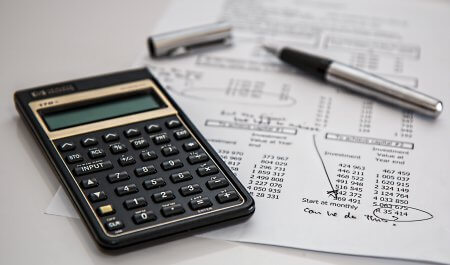 Levels of loans granted against non residential properties has shown some signs of improvement toward the back end of 2013 suggesting commercial lending activity was recovering at a quicker pace than residential activity.

The average interest rate being charged for new mortgages constituted in December was 4.32% with the 12 month Euribor standing at 0.54% in December this means an average margin of 3.78% above was being charged by the Banks. Set in context to margins of 5 or 6 years ago when resident averages were 1% above and nonresident averages 1.5% above these margin changes have and will continue to dampen appetite for loans.

The average term over which new loans were granted in December was 20 years.

In what was a dismal year for Spanish loans the total decrease on mortgages for the year was 27.8% and the November to December variation was the highest decrease seen in the last 5 years apart from 2011.

Given that the level of mortgages granted for dwellings has fallen every year since the peak by at least 20% or more the 27.8% decrease is very significant.

The level of home credits being redeemed topped the 20,000 level in December with yet another consecutive month of a net outflow of mortgage balances from the Banks books. Within these figures is the number of mortgages closed due to repossession the data for which is not split out from the natural closure of a loan due to it being paid up fully or a mortgage being closed due to sale of the property.

As previously reported there is a significant wind of change in the lending market. Lenders who had withdrawn from lending have come back into the market, we are seeing for the first time in many years new best buys and drops in pricing and all Banks have now instigated mortgage targets for the year of 2014.

Whilst these actions may not be reflected in either Januarys or Februarys official figures it can be expected the increased activity will show an improvement in the number of new loans granted from March onwards.