In response to Spanish Banks having lending targets for the first time in a couple years a number of new mortgage products in Spain have been launched by the Banks reversing the upward term previously seen on mortgage margins.

In an effort to grab back some market share a pricing battle seems well under way with Banks also looking to negotiate special terms for clients who comfortably meet debt to income ratios. 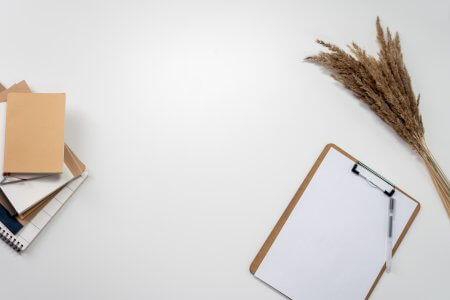 What sort of reductions in interest rates are we seeing

The first area in January this year where price reductions came into the market were large drops in the first year rates. During the crisis Spanish Banks had put in place first year premium rates and it has not been, in the last few years, unusual to see these quoted as high as 6%.

In a complete reversal of this trend it is now possible to get a first year rate of 3% which is below the standard variable rates, instead of above them.

Following on from increased flexibility on rates as evidenced in January, February has seen further price reductions filtering through.

What are the best mortgage offerings for non residents in Spain

The best offering so far for the nonresident market is for purchases in excess of € 400k.

Other Banks have followed suit dropping margins above Euribor considerably and even those that have not launched new product are willing to negotiate on price for the right clients in the right circumstances.

Why are we seeing price reductions on Spanish Mortgages

As an example one Bank has issued lending targets this year that require they increase lending by 4 times the level achieved in 2013. These loan levels must be met by 2015. Whilst 2013 was at a low base this is significant level of increase that would hard to achieve if nothing changed on product availability.

For the first time in many years Spanish Banks are back on television advertising their lending facilities to residents. Bankinter have a large campaign offering 1.95% above Euribor to Spanish residents rates not seen for at least 4 years.

Even in the nonresident lending market the Banks are vying with each other to grab quality international applicants seeing the non resident area of lending as a means of bolstering the weak home market.

With sales of property increasing and international buyers considering buying in Spain due to property prices, particularly at the quality end at or nearing the bottom of the cycle it is welcome relief that finally the Spanish Mortgage market is responding.

So is all the lending news in Spain positive

Where we are unlikely to see much movement on Spanish loans during 2014, is in the area of loan to values which are likely to remain at a maximum of 70% for non residents it is also not expected that Banks will drop the requirement of linked products.

Linked products are viewed by the Spanish Banks as part of the overall deal and pricing on rates reflects their ability to add compulsory products.

Unlike other countries Spanish Banks presently have no restrictions on the linking of compulsory products not just to rate, but also to the ability to raise a loan. Many Banks will only approve a loan if life cover is contracted with them immaterial of whether it is in fact required. In many instances they add the life cover as a lump sum premium at inception of the loan to avoid cancellations of the product at a later date.

These practices along with minimum rates, whilst much talked about, are still not illegal or deemed to be mis-selling in Spain. Whether the introduction of European wide supervision means at some point the Banks in Spain will pay the price for the process of adding unnecessary products to a loan remains to be seen.

Criteria’s will remain tight with little flexibility. At present the Banks work off net incomes and affordability ratios. Only incomes shown on personal tax returns, or in non taxpaying jurisdictions verified incomes, are taken into account causing sometimes difficulties for self employed company owners who do not draw all the income available to them. Most Banks will look to see that total outgoings on debts and mortgages do not exceed a maximum of 38% of net incomes.

Experienced mortgage brokers can help where clients are financially complex as they have the knowledge and relationships with the Banks to ensure the Spanish mortgage application is packaged in a manner which gives it the best possible chance of being approved.

One area where we have seen improvements in transparency of products and certainty of offer is the introduction in Spain of FIPERS. A FIPER is a document that is legally binding on a Banks and this document must now be issued to a client at offer stage. The FIPER must outline clearly what is being offered in terms of loan amount, rates and compulsory products. It is a requirement under bank supervision that this document is provided to the client and a signed copy of it returned to the Bank. The introduction of this document will prevent the previous practice of a client being told one thing, and then getting to signing at Notary to find the Bank had changed the terms the client thought they were being offered.