In the last few years since the crisis in Spain the Banks have withdrawn from offering re-mortgages in any form. The reason for this was driven by the fact with numerous defaults themselves the lenders did not want to take over other lenders loans that might also go into default.

What are the issues

This would appear to be shortsighted as taking over a performing loan may on the face of it seem a better risk than setting up a new loan for an untested borrower. Never the less this has been the stance of the Banks for some years now.

Whilst It has always been the case that Spain has had no real re-mortgage market due to the on costs of a move in past years lenders have at least had product. 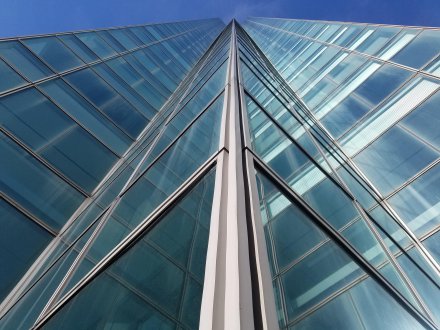 Costs of transferring a Mortgage in Spain to a new lender

The costs of moving whilst preventing a very active re-mortgage market in the past  can be reduced in some circumstances. It is possible to move a loan in Spain without attracting mortgage deed tax again, if either the rate is being lowered or the term is being extended or the penal rate is being reduced.

Mortgage deed tax at 1.8% of borrowings is by far the biggest cost but even in what is known as subrogation other costs like, bank fees, valuation fees and notary and land registry fees apply.

To consider moving a loan in Spain always meant you would have to achieve a significant reduction on rate to make it worthwhile.

Interest only mortgages needing to be redeemed

Due to a number of factors the re-mortgage issue has recently become more pronounced. What has happened in the market currently is that a number of non resident buyers in Spain who bought during the boom times of 2004 to 2007 are finding themselves in a very difficult predicament.

During those years a number of lenders including RBS ( Nat West) Gibraltar , Jyske bank and Nordea offered full term interest only loans for up to 15 years. At the end of those 15 years the loan either had to be repaid in full or re-financed.  Given many of these types of loans were set up over 10 years a number of borrowers are now coming to the end of the term.

All of the banks who offered these types of loans have withdrawn from lending in Spain and none are either able or wish to re-finance the loan.

This situation means the borrower must repay the loan in full.

Many of the borrowers may have funds to at least reduce the loan but most are stuck as the market conditions have gone against them from all angles. Firstly the Banks still lending in Spain do not do normally re-mortgages, secondly in Spain there is now no interest only facilities and thirdly the property value has often dropped making it difficult to sell to pay back the loan.

Where a borrower with a current mortgage in Spain is in this situation unlike all other situations on a case by case basis a couple of Spanish Banks may consider allowing a re-mortgage to happen. In general when doing this the new lender will expect a significant reduction in the capital and certainly the loan will have to fall within 60% loan to value.

The new lender will expect a number of compulsory products are taken, like bank account, life cover and house insurance and any application made will be client specific so terms and conditions will be given when a case is underwritten and not before.

The cost of moving as subrogation is not possible will be in the region of 4% and these costs cannot be avoided due to the securitization process of a loan in Spain.

For a borrower with a loan in Spain that must be repaid in full there at least remains some possible options and even with the restrictions that apply and the extra monthly costs of a repayment loan a new loan and lender may be a better option than losing the house.

If you are affected by the current issues we can be contacted to discuss your specific situation and help clients know and decide what course of action if any is open to them.

Perversely there remains a real market opportunity for the first lender who decides that taking over an existing and performing loan with clear history of payment is a better bet than taking on a new mortgagee at purchase, but seem to be some way off anyone dipping their toe into this water.