2016 proved to be a rather indifferent year in terms of Mortgages in Spain with little changing for applicants on terms of criteria from the previous year.

The year however saw a number of changes in particular for Banks in Spain some of which may have an impact on the market in 2017.

First and foremost the Spanish Banks lost at the European Courts of Justice the class actions against floor rates.

Whilst previously the Spanish courts had ruled that floor rates ( minimum rates written into a mortgage deed) were abusive they had only made a ruling obliging Banks in Spain to pay back overpaid interest for the last 3 years rather than compensation past this date.

The European courts ruled that the compensation levels should cover the life of the loan rather than just since 2013.

For lenders who had regularly placed floor rate clauses in mortgage deeds the cost of compensation will be high but of even more concern for them is that they must also remove the clause meaning they will have an immediate and heavy drop in overall interest they earn from historic loans.

With severe pressure on margins for new mortgages in Spain due to worldwide low levels of interest rates for this will squeeze profit margins even further. 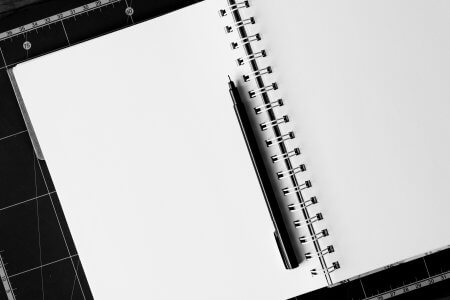 Spanish mortgage volumes were not met by the lenders for the year, this was due to a number of market conditions.

Firstly the indigenous market did not move forward as expected with house sales and prices not moving forward, as perhaps the back end of 2015 suggested. Whilst in pockets of Spain prices and volumes increased dramatically particularly in the more upmarket areas like Marbella and the Balearics, in general across Spain the market remained pretty stagnated.

A lack of a cohesive government until the back end of year held back the home buying market as Spanish citizens put off large purchases like buying a new home until they had some certainty of who would be running the country, what taxation would like and became more positive that the recovery in the economy would continue.

Brexit played its part in holding back the property and mortgage market as the largest population of non resident buyers considered the consequence of the referendum and what that might mean in terms of being a property owner in Spain.

The subsequent drop in sterling saw many potential buyers not already committed to buying pulling out of offers or putting their decision on hold. This in turn had an impact on mortgage volumes throughout the second half of the year.

Where the Banks in Spain did win, all be it possibly a temporary blip, was that those buyers committed already to buying and those buyers who still wished to buy started to consider whether an application for loan in Spain should be taken even if they had been cash buyers.

Net outflows of value from the mortgage books remained the story of 2016 with all lenders losing balances by way of redemptions, cancellations and repossessions than new business put on the books. Only in two months of the year did we see a positive inflow.

Finally in December the courts in Spain ruled that the passing of registration fees for both the purchase and the mortgage deed to the borrower was unfair and not the buyers responsibility. The ruling stated that in future the banks should pick up the cost of this not the client.

At present given this ruling came at the backend of 2016 most Banks are still considering their position.

In Spain, due not to the Banks but to the system, the cost of signing and registering deeds is high. The banks must control the registration as any failure for it to be registered properly would negate completely the security they are taking for the loan.

In other countries the clients are not charged but the overall costs of securitization is considerably lower.

New mortgages in Spain would fall into a loss for year one if the cost was not passed onto other areas and given the overall lack of profitability for the Banks in the present climate it is unlikely they will bear this new cost without alternative revenue streams.

Cost of funds, for the fixed rate loan market, have increased in the last few weeks and this is continuing. During 2016 the market share of loans constituted on a fixed rate basis rose from 6% to 7% to 30%.

Most Banks launched ranges of fixed rates which secured the rate for the full term of the loan. Many applicants took advantage of these fixed rates, which given the interest rate levels they were being offered gave long term security and stability of monthly costs.

Mortgage product types in Spain remain limited with either full term fixed or variable and repayment loans being the only offerings.

Rates will rise for the short term

The fixed rate market is where we are likely to see the rises in interest rates. Variable rate products stayed very similar last year with most Banks not be willing to drop below 1.5% above Euribor, even for Vanilla non resident clients, and the standard offering being between 2% above Euribor to 2.5%.

Along with a hike in rates, which appears inevitable, there are no signs, despite the recent court losses, that the Banks will move away from attaching compulsory products like life cover the loan.

Banks like Santander who have suffered financially in the UK market for miss-selling of linked products, are in general moving away from compulsory products. The majority however continue, perhaps out of desperation to make lending pay, to push heavily linked products and to reject applications that do not have them.

One feels this will become the next area of compensation but may take 3 or 4 years to catch up with lenders.

New targets are being issued this month, anecdotally these are high and a big increase on last year.

The challenge for the banks, given all the market factors, is how they are going to get anywhere near the increased volumes.

The only area that remains completely in their control is criteria and risk assessment and product flexibilty.

For years now Risk have ruled the roost and the subsequent drop in arrears for new business outlines this perfectly. Given however lending is a risk business one has to question whether zero arrears, as Spain had for years, and looks for again on new business, means you are also missing some good business by being less than flexible on what you consider and why.