Whilst the number of Spanish loans and capital lent for homes appears to be gathering momentum, total lending showed a decrease year on year.With capital being lent for the purchase of residential dwellings up annually by 37.1% the drop of 0.6% of total capital lent shows just how little is making its way into the market for business and commercial use.

Spanish mortgage loans when assessing actual numbers of were up 29.2% from the same month of the previous year, and average value increased by 6.1%. Average loan size for the month of February 2015 was € 109.468.

Total capital lent for the purchase of a home was 2.331 million with total new credit finding its way into the market  being 3.554 million.

Mortgages in Spain for buying a home made up 61.7% of all capital lent by the Spanish Banks which is an unusually high share and a higher than norm percentage. The figures all suggest the house market is moving in a steady but positive direction whilst overall credit into the Spanish market remains at best stagnate. 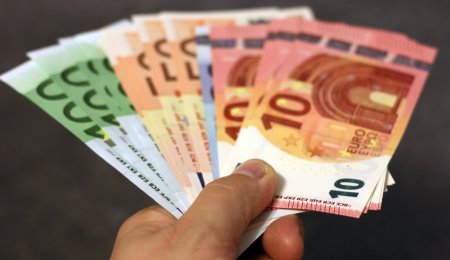 Loans up from previous month

In another positive move home loans increased when considering the month of February against January of 2015. For the first time in 5 years the number of mortgages in Spain constituted increased in February on an inter-month basis, by 1.8%. Capital lent was up by 5.4% on January and the average loan size was up by 3.5%.

The capital lent, when considering the month of January to February showed the highest increase since 2011 which was the last time that February’s figures exceeded those of the month before.

Rates and types of loans

As is normal in Spain well over 90% of all home loans competed on a variable rate basis. Fixed rates remain something not normally offered by Banks or taken by Mortgagees. This trend has much to do with the level of fixed rates offered in comparison to the current variable rates, the limited range of fixed rates on offer, and the higher early redemption penalties which are always attached to fixed rate products.

Even in the instances where changes were made to existing mortgages which is also reported monthly  more loans move to a variable rate than fixed.

Average interest rates dropped again and have steadily decreased for well over 12 months due to the Euribor itself deceasing and better margins being charged by the banks. Just under 90% of all loans were linked to the Euribor within the Month.

At a 3.35% average rate, overall interest is down by 18.6% on the previous year. This continuing pressure on rates is hurting the banks in Spain as the difference between what they have to pay savers and what they can lend at narrows.

Madrid, Andalucía and Cataluña regions saw the most new loans constituted which is the normal state of affairs. Andalucía however was also up a whopping 42.9% from the same month of last year. Well known for its international buyers and borrowers as well as the indigenous population Andalucía seems to be leading the recovery.

In an unusual turn of events the Canaries, normally a good performer during the winter months, saw a drop of 60.8% from last year when looking at the number of new loans. This may be down to the fact that the prices of property in the Islands are low enough to encourage cash buyers and may also be down to the fact that the Spanish Banks run these areas autonomously. It is a well known fact for those in the industry that the risk and underwriting teams looking after applications in the Canary Islands are more difficult, less flexible and more likely to reject applications than in other areas of Spain.

Another month of net outflows

Total number of new loans for homes reached 21,298 in the month but this was still not enough to stop an outflow of home loans from the Banks books. Cancellations reached 26,649 in the month and whilst the gap is narrowing, given that this negative outflow of loans has now continued for over 5 years, it will be of an ongoing concern to the Spanish lenders.