Spanish loans in February saw a drop from January in terms of numbers of loans made for the purpose of buying a home but an increase of capital lent due to a higher average loan size.

Numbers of new mortgages in Spain dropped on last year by 2.7% but again because of the larger loan sizes actual capital lent was more than February of last year.

Inter-annual accumulated figures due to a good level of activity in January 2017 are up across all areas including number of new loans which total for the year at a 6.8% increase as compared with the first two months of 2016.

In total in February 24,342 new loans were registered at land registry. 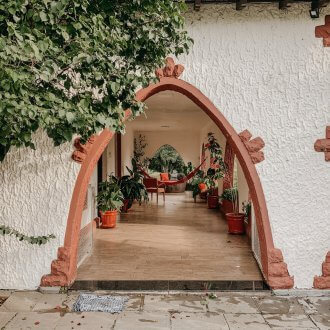 In terms of new loans signed at the Notary offices the picture tells a similar story but showed a small increase on lending numbers for the purpose of buying a home up 2.5% on the same month of the previous year.  The average loan size also showed a marginal increase and was reported to be higher at € 125.445 in comparison to the level reported by land registry of loans not only signed but registered within the month.

Loans for construction increased by 3.5% according to the Notaries but at 355 new operations the numbers remain small. The percentage growth however was a year on year increase of 22.7% for the average mortgage size and 34.8% increase on numbers of construction lending granted.

The amount of houses bought via finance made up 42.8% of all purchases and the average loan to value was 77.4%.

House sales themselves were up by 1.2% compared to February of 2016 but down 7.4% when compared to the preceding month. This is a normal trend where more homes sell in January than February so should not cause too much alarm at a slowdown on house sales at this point. Pressures from outside Spain like Brexit may however start to dampen the market in the coming months as a level of uncertainty remains.

18.1% of all house sales were of new builds with 81.9% of sales being made up of resales. The new build market remains in the doldrums and the share of the market has fallen since last year.

Lending for buying a home

The change between January to Februarys lending figures for home loans was the worst decrease in 5 years both in terms of numbers of and capital lent.

Interest rates despite the continuing fall in the Euribor rose marginally in February. Fixed rates continued to take a greater market share and rose to 38.3% of all new Spanish mortgages types contracted in the month. This compares with 36.8% in January.

Regionally the pressures on loans and purchases seem to be falling very much in the capital city and the regions most attractive to non resident buyers. Andalucia in particular has had a slow start to the year across both February and January and across numbers of and capital lent.

The Balearics after a very strong 2016 is falling back a little but against small numbers and other regions like the Canary Islands, Valencia and Cataluna all performed below the median.

After January where the amount of new lending outstripped the level of redemptions for only the second month in 10 years normal service was resumed in February with a net outflow of loans of 895. On the positive side this net outflow was one of the smallest in 10 years so the signs are still good that the Banks in Spain may see their loan books rise in the coming year.