For another consecutive month the amount of loans contracted by borrowers in Spain, during the month of September, increased again. This is now the 4th month that Spanish mortgages for dwellings has shown an increase after years of Spanish Banks reducing the loan levels and general low levels of activity for both home finance and purchasers in Spain.

The increase in credits approved is good news for buyers and the housing market. Along with higher levels of buying activity across both the national and international buyers base, Spanish Banks have also been more aggressively approving loans and have been reducing previously high margins above Euribor along with a slightly more flexible approach to risk assessment within the application process.

In complete converse to the Spanish Market the UK home loan market is decreasing. News out on Tuesday from the lending council confirmed that UK lending approved dropped in October by 16% and was it its lowest level since 2011. The drop in UK home loans is attributed to both a cooling down in the housing market and tougher lending rules implemented by the government in April 20014. 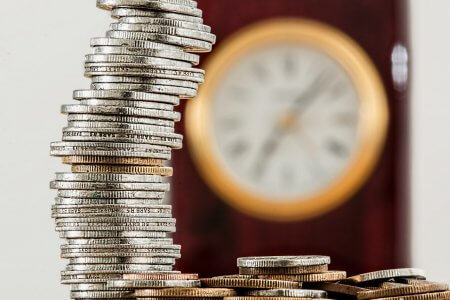 Mortgages in Spain constituted at land registry in September for dwellings totaled 19,323 this is 29.8% higher than the same month of the previous year.

Capital lent rose by 35.3% above the month of August and was 43.5% higher than the same month of the previous year.

53.7% of all loans were granted for urban dwellings.

Year on year trends for Mortgages in Spain

Whilst for the total year the number of new home credits, constituted is lower than the same time in 2013 this drop is now only minus 3.2% and if the current trend continues the 2014 should just about end up level or slight above 2013 figures.

The increase in numbers of new loans between the month of August and September was the highest it has been for 5 years and this is also reflected in the amount of capital lent.

The average Interest rate for the month of September was 3.59% down 13.5% on the same time for last year. The Euribor stands at 0.338% for the month of November the lowest on record and this drop in Euribor alongside an easing on Banks margins has contributed to the drop.

93.3% of all contracted home loans were on a variable rate basis continuing the normal trend for floating rates than fixed in Spain.

Madrid completed on the most loans and by quite some way the highest level of capital in month suggesting the Capital Cities population are feeling positive about the overall, situation in Spain and staring to buy and borrow again.

Andalucía also performed well but the Balearics and the Canaries who have previously weathered the crisis better than most are showing distinct signs of a slowdown.

The gap between home loans cancelled and new loans constituted fell to its lowest level in many years with 19,323 new credits and 20,655 cancelled credits.