In between implementation of new Spanish rules, added paperwork requirements for lenders and clients, and confusion around what is required and when, Spanish loan completions continue to make their way to registration at land registry.

It will be interesting to see what impact on June and Julys figures the changes have as the mortgage in Spain figures issued by the INE in Spain relate to registrations in the month rather than signed loans so any reductions caused will not show up until July and even August figures.

In May the average Spanish loan size dipped slightly on April from 124.7k to 124.1k. This fluctuation is of no real significance.

The number of new credits granted completed and registered in May were up 20.2% on last month, 11.2% up on same month of last year and 11.7% up year to date accumulated.

The percentage of new secured lending dedicated for the purpose of buying a residential house was 61.5%. All other lending related to either loans secured for commercial purpose and a very small amount of lending granted to by Rustica property. The amount of funding released to buy property based in the countryside was 3.7% of all lending. This is a very small amount and used to be nearer to 10%. 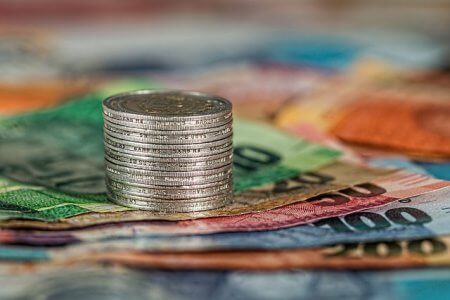 Buying and borrowing against Rustica property

The lack of lending for property with Rustica status indicates the lack of appetite any lenders have for securing a loan against this type of property. Many Spanish lenders post crisis will not consider them at all and of those few that will many restrictions apply. Any Spanish mortgage applicants considering buying a country home should ensure before committing to buying that they have a fiscal approval not only for their circumstances but that it is clear what is agreed will cover a property on Rustica ground or it may all fall apart late in the day at the point of valuation.

If in doubt applicants need to request from agent or owner a copy of the Nota Simple in order to check the exact situation of the property.

Some country properties may in fact have Urban status and on the odd occasion a Town House or even a gated community may also in fact be Rustica but generally if the property is not remote, down a dirt track within the boundaries of a town or village and connected to main utilities it will be urban.

Mays completion figures showing an increase over April is in line with normal trends. March/April due to the fact that the Easter break falls over that period is normally lighter on completions than May and this year April was unusually quiet so the increase month over month was more significant than most years.

The number of Spanish mortgages registered being up 20.2% was much more than the 8% up month over month in 2018.

Rates will start to fluctuate as Banks are now required to give clients and option to take one rate but without linked products or one rate with. Fixed rate levels may also be affected by the decision of already one bank due to new rules on the offering a currency switch if your currency of earnings changes in the future of withdrawing fixed rate access to certain groups like UK applicants.

Regionally the only area forming part of coastal or Islands parts of Spain to be behind in terms of volume and capital on lending is the Canary Islands. Whilst May itself was a good month showing a positive increase year to date remains well behind normal levels.

Andalucia took back top spot in terms of absolute numbers 6.572 completions with Catalonia being number 2 at 6042 completions and Madrid dropping back to third position with 5.816 new completions registered at land registry.

Valencia and Murcia saw good increases in the month both areas have some of the lowest price per meter square for its real estate and in times of some level of uncertainty we are seeing more activity at the lower end of the price scale than commitment to the mid range or more expensive areas.

With 31.373 Spanish loans being cancelled or redeemed the month was back to a net inflow of lending for the Spanish lenders but only just.