Aprils registered loan data was issued today and there were few surprises given general feedback on completed loans at Notary.

The average loan size by which loans completed fell in April but this trend should be reversed as we move through the year as the news from the Notaries is that newly signed mortgages in Spain are at a higher average loan size.

Aprils registered mortgages will reflect what happened at signing for February and March as it takes a few weeks for the information to filter through to Land registry. 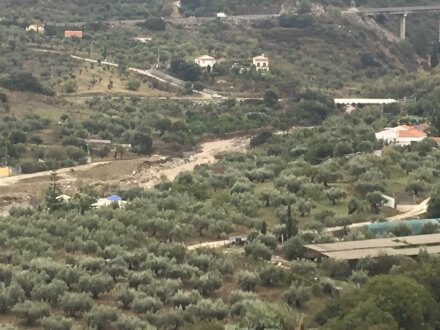 Numbers of loans and capital granted

The number of mortgages in Spain registered where the lending related to Dwellings was 18.857 this was up on the same month of last year by 21.4% but down on the previous month of March by 4.8%.

Capital lent was up 22.2% against the same month of last year but down, due partly to the lower loan size, by 6% when considering the previous month of March.

The figures reflected from the report normal trends with only one year in the last 5 years seeing April outperform March in both capital lent and numbers of loans. The difference between the two months eased a little in comparison to last year suggesting a slight better than average April.

Of total lending during the month 52.1% related to loans granted for the buying of homes with plots, Rustic buildings and commercial lending making up the rest.

One very interesting statistic related to average interest rates. For total lending, which includes commercial, the average interest rate by which mortgages completed was 3.16% for residential homes this was 3.29% meaning that better rates must be being granted for commercial lending than that granted for homes. Good news for businesses but not such good news for new home owners.

The average term was 21 years and interest rates due to dropping margins and a lower Euribor were 17.35 less than the same time in 2014.

Fixed rates remained a small percentage of the overall type of mortgage taken but is slowly edging up each month forming in April 7.5% of the total monies lent.

Regionally Andalucía had a good month as always the region had the most new loans registered but also had small levels of growth not only year on year but also above the previous month of March.

Of the other either major regions or regions favored by international buyers  the Balearics also showed increases on both a year by year and month by basis whilst other parts whilst performing well against last year saw a drop in lending when considering it against March.

The key issue for the Banks remains the fact that cancellations outstrip new lending being put onto the Banks books.