As predicted in my earlier updates on the Spanish mortgage market the Banks have reached the half year well behind on mortgage targets.

Meeting the large targets at the beginning of the year was always going to be a tall order for the Banks who could not expect, just because they had re-opened the doors to lending, that clients would walk through.

Part of the issue earlier this year had been the Banks reluctance to improve to any significant levels the terms and conditions being offered. When the cost of funds for the Spanish Banks were very high and liquidity tight higher margins above Euribor are acceptable and understandable but in the current market with an improving situation for most Spanish Banks, maintaining unrealistically high margins and inflexible terms are not the way forward to increasing lending.

Well above most other European countries the high cost of lending has put many clients off buying in Spain even though property prices and exchange rates have worked in favour of buying in Spain. 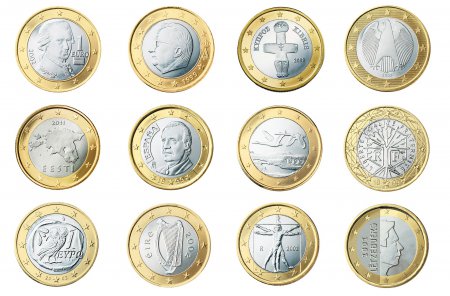 The first real movement in mortgage product we saw this year was an increase in loan to value and a drop in margins from one of the big 5 Banks, but this was only for certain nationalities being Scandinavian or Swiss clients. The rationale for the product change was to compete with NY Kredit a Danish Bank who has a very good product available for Swedish, Norwegian and Danish clients requiring a Spanish loan.

Since the launch of this product whilst itself it has the nationality restrictions, the Bank has now actively continued to confirm to us we should not lose a client to another Bank because of pricing and that for the right clients they will look to match what we could obtain elsewhere immaterial of the nationality. Whilst not quite the same as actually changing pricing and terms and conditions as standard it is a move in the right direction.

It is never the less difficult to ask a client to commit to an application when they cannot finally be sure what terms they will be offered. If the loan is required for completion once you are 6 weeks down the line it is difficult to take a different option if finally the best terms cannot be met, without risking the sale itself and causing a great deal of stress and unnecessary aggravation.

The second piece of positive news came a few weeks ago when one of the top 4 Spanish Banks removed from its mortgage terms the compulsion to take a loan with a floor rate, this being a rate below which the interest rate will never fall. In times of high Euribors the floor rate is not necessarily an issue if the margins themselves are good, but when Euribor is as low as half a percent and unlikely to move upwards for the next few months having a minimum floor rate, and overpaying on the prevailing variables is an issue.

Launch of a Premier non resident Mortgage product in Spain

The Bank also launched a very favorable Premier product for loans on properties being bought above € 400k. The product had a much lower first year rate than standard at 3% and an ongoing variable after year 1 of 2%. When first launched the product had a minimum rate of 2.75% but this was quickly removed as a necessity. The next change was that the first year premium rate was pulled back to 6 months only.

Today the Bank announced it is providing its Premier product for purchases above € 250k reducing this from € 400k and that whilst standard terms are not being changed at the underwriters discretion, on receipt of an application, they can provide a first 6 month rate of 2.5% and a variable margin above Euribor from 1.5% with a maximum of 3%.

The Bank also has a range of very competitive fixed rates available ranging from 15 years at 4.2% for full term to 4.65% for a 30 year term. Whilst the process of gaining fixed rates and the level of redemption penalties as explained in my article, fixed rates in Spain, means however competitive they are, fixed rates will not be for all applicants never the less these rates are extremely good for the right client in the long term.

The key stumbling block for lending applicants remains the compulsory products which will always include life cover and the Banks are holding onto this requirement as if their very existence depended on it.

For buyers buying at below € 250k and those who require a standard mortgage there is still some way to go on pricing but this will come.

For the rest of the Spanish Banks they need to take a leaf out of the leaders in the nonresident market and reduce pricing, improve the process and move away from promising one thing delivering another and the requirement that a property is found and valued before an approval can be given.

We fully expect further improvements to the mortgage market as the year progresses.