The Spanish mortgage market moved forward in 2014. From a prolonged period of stagnation with most lenders looking to reduce their overall mortgage books finally in 2014 the trend was reversed.

Spanish banks launched a new product with improved terms and conditions, also introduced loan budgets and targets for the first time in over 6 years.

Other changes to the lending market

Other factors affecting borrowing in 2014 were a backtracking on the very aggressive process of repossession. Under direction from the government certain categories of defaulters were given time to sort their situation out and evictions postponed.

2014 saw a removal of the previously standard practice of incorporating minimum floor rates into mortgage deeds so that despite reductions in Euribor mortgagees did not gain benefit.

After challenges in the courts all Banks removed floor rates from their new deeds and most, when approached by an existing client, removed the floor rate for existing borrowers. The courts are stipulating that the Banks should pay compensation on higher interest paid by those unfortunate enough to have been caught with high minimum rate but it is still not clear on how binding this is. Unlike the UK where for misselling of product Banks are instructed as to what level of compensation they must pay and to whom the Spanish government nor the Bank of Spain has laid down what must happen to those affected in the past by floor rates. 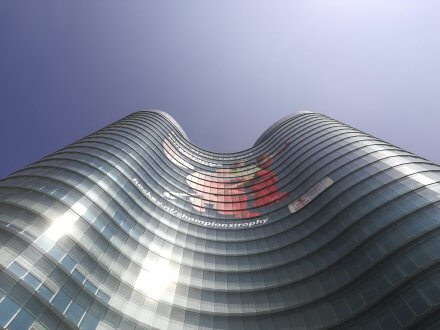 Whilst in general margins above Euribor decreased with Banks in 2014, most added compulsory products to the lending to shore up profitability. For residents of Spain all loans are linked in term of rate to the amount of other products the mortgagee holds, this type of practice was stopped in the UK some years ago. For non residents many Banks will insist that life cover is contracted with them as a pre-requisite of lending. This life cover is necessary for the loan even if the client can demonstrate they have sufficient existing life cover in place. It will remain to be seen if like floor rates this practice will backfire eventually on Spanish Banks.

2015 will see an increased number of Banks wishing to lend and add to their mortgage book. This is already being demonstrated with a number of lenders who in 2014 were not lending to non residents confirming in the last couple of weeks they now have product.

Competition is slowly but surely growing. Many Bank staff are being told not to lose a good application on pricing so whilst their standard offering may not be that competitive if they are in competition with another lender they will consider matching terms and conditions. This can work very well for a few clients who can play one bank off against another but is an old fashioned approach to approving lending leaving the majority of clients unaware and lacking information at application stage.

Why lending transparency is important

Given arranging a mortgage takes a few weeks and the buying process in Spain requires non refundable monies are paid at purchase contract applicants can find themselves finally being offered an unsuitable and costly loan sometimes after having to pay for a valuation, and then having to go through the process again with another Bank to achieve a reasonable rate.

Many Banks give branches or regions flexibility to charge whatever margins they think they can get which leaves direct applicants very vulnerable to not getting offered the best a Bank could offer and is good reason for applicants to use an independent broker to find the best terms available.

The more commercial of the Banks will make a standard offering providing transparency and clarity upfront. They may still be willing to flex terms for a high quality applicant but having a standard offering means a client knows what they will be offered if the loan is approved and can make a decision at application which Bank to apply to.

Reducing and improving overall mortgage terms should become the target for all Banks during 2015 rather than looking to grab one off cases from a competitor by matching or going below what the client has already been offered.

For buyers buying in excess of € 250k margins above Euribor achievable are now at their lowest point for many years. It is envisaged that as the Banks look to grow lending facilities further we will see further reductions in margins for smaller purchases and Mortgages in Spain.

It is unlikely we will ever see margins above Euribor as low as in the past but it would be good for the market in general if they dropped to below 2% as standard. As competition grows and the Spanish Banks themselves stabilize this should become possible.

Fixed rates for many years in Spain unattractive to most borrowers have started to creep into the market at more reasonable rates. In Spain you can fix for up to 25 years and with rates of around 4.65% for the full term. Fixed rates have now become something Mortgage in Spain applicants should consider. Key issues with fixed rates remain that it is not possible to secure by way of an admin fee the rate available at application and that early repayment penalties are normally high.

One lender has shorter term mixed fixed rates reverting to variable after the fixed term period and penalties are only 1.5% however for most fixed rates overpayment penalties are up to 4.5% for the lifetime of the loan. With variable redemption penalties being 0.50% first 5 years and 0.25% thereafter applicants requiring flexibility to overpay may still find variable rates more suitable.

Loan to values for most lenders over the past few years has not exceeded 60% for nonresident applicants. Whilst only two lenders currently offer 70% as standard we are starting to see for specific quality applications more Banks approve on a one off basis 70% loan to value. This may be an indication that as 2015 progresses more Banks will re- introduce 70% lending as standard. It is unlikely any lenders will increase loan to values to 80% for non residents as even back in the days of aggressive lending few Banks offered this level. The major change between now and then remains the fact that banks no longer lend against valuation but purchase price or value whichever is the lower of the two.

Interest only which disappeared completely from the market on the sale of Lloyds Spain to Sabadell will not come back as this facility was removed under pressure from the Bank of Spain. All loans in Spain will remain of a repayment nature with terms of up to 30 years with 25 years being standard. It is also unlikely that Banks in Spain will increase age limits above the current maximum of 75 years.

Affordability criteria’s are unlikely to change dramatically in 2015. A more morganatic approach to the financially more complex applicants may find its way into risk assessment as completion grows and targets have to be met but overall the general practice of expecting the applicant’s outgoings on debts and loans to not exceed 35% of net incomes will remain in place.

Banks may start to take a more sensible approach for self employed company owners recognizing, which they do not do currently, that retained profits not drawn and taken on a personal tax return can still be classed as personal income. Monies that avoid the tax system entirely however will remain a no no when risk assessing as the Banks could not justify lending a Mortgage in Spain to their regulator or meet money laundering regulations, if they were to go back to taking into account what flows through a Bank account but does not get fully declared.

Applicants with more than 2 or 3 buy to lets in their country of residency will continue to be classed as investor profile and will experience more difficulties in gaining an approval than those with lower numbers of other properties or only their main residence. Historically multiple property owners have been more likely to default and the Spanish Banks see them as over extended and their financial situation fragile with a possible risk of being exposed to the property market in their own country suffering a downturn or a significant interest rates rise.

Whilst in some countries like USA and UK having a high number of performing debts is seen as a positive in Spain the reveres is true and will remain so. High credit scores are of little consequence to the Spanish Banks who focus on affordability ratios and the amount going out each month. Applicants with poor credit history and missed or late payments will continue to find themselves precluded from Spanish lending.

Use of credit files

All Banks now require some evidence is provided of existing debts and the performance of these debts even if the country of residency does not have credit file facilities. This forms a large part of the application process.

Despite little change to affordability ratios it remains the case that on most occasions a second home buyer in Spain can obtain a higher level of lending than they perhaps could if buying a main residence in the UK or elsewhere particularly of they have little debt already.

Remortgages remain an area the banks are not currently interested in which seems a little strange given there is a good opportunity to take over at lower rates quality performing loans particularly given anyone who contracted a mortgage between 2010 and 2013 will have done so at very high rates. Spanish Banks remain however focused on purchase loans. 2015 may see a shift in this area once one Bank wakes up to the fact they can take on profitable and performing loans for existing mortgagees rather than just offering loans to new borrowers.

Generally it is good news for buyers in 2015

Overall we can expect a further increase of lending facilities with more credit being offered in 2015 but within the laid down boundaries. This will be good news for potential buyers in Spain who wish to take advantage of the very low property prices post the boom years.