Currency legislation affects Spanish borrowing. One of the more negative outcomes of the regulation changes on Mortgages in Spain has been the interpretation of the currency legislation. This allows borrowers to request a change of currency on their loan.In certain circumstances.

Many ended up owing more than they borrowed. Because the currency fluctuations went against them. In some cases Banks ended up technically having to pay the borrower for the loan. If currencies went in the right direction for the mortgage holder.

Brought to protect in the longer term Spanish nationals and EU Nationals. Those who took a mortgage in their current country. However moved to another country to work. Therefore ending up being paid in a different currency to the original loan they contracted.

The key problem is that each Spanish bank is taking a different view on what the legislation means. Also the potential impact on them at a later date. 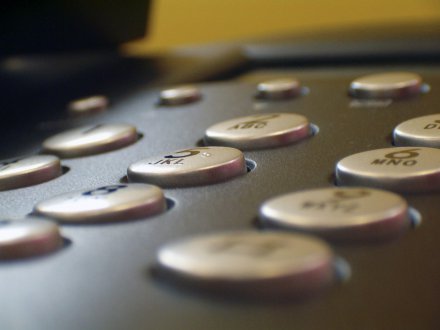 Negative impact of legislation on currency of earnings

Some have decided the loan legislation only applies if you are a EU citizen. Therefore currency legislation affects Spanish borrowing. At the point you take the loan. This potentially for UK borrowers means that due to leaving the EU they could request a change.

The impact for UK borrowers in Spain is, many lenders have withdrawn ability to opt for  fixed rates. Fixed rates require the Spanish Banks to buy in long term funding.This funding is in euros. If at a later date the borrower requests a change of currency the Bank may make a significant loss.

Others have decided that they have sufficient capacity within their treasury departments to deal in other currencies. Such as sterling. Therefore have not withdrawn the ability for fixed rates to be taken.

Some lenders have decided they will only lend to applicants who earn the majority of their incomes in euros.

A few lenders have just stopped lending at all to non resident applicants. For those who do not earn their money in anything other than major currencies.

Spanish Banks generally interpret the law to everyone. Not just EU citizens.However why they have taken this view at such an extreme shows how confused everyone is. Sometimes lenders just think the best way not to get caught out is not to lend at all.

One lender has a very complicated chart of who they will lend to on what basis. This affects whether a loan can be secured on what basis. It depends on what nationality. Where they are currently resident. As well as what currency they currently are being paid in.

Loan offers in Spain being pulled at last minute

Over the last few weeks a number of mortgage applications made direct with lenders have been pulled. Many at the last minute. This is because the lender in Spain decided they could no longer lend.cDue to the situation of the applicant.

This has affected mainly applicants who live and work in Middle or Far East. Earn in currencies which the lenders will not be able to deal with. For instance, an expat who is a British passport holder and therefore a EU citizen. Who currently who works and earns currency in the Middle East. Will find that most lenders are not willing to lend at all. If they will it, in the main will be only on a variable rate.

An applicant who is not a EU citizen working and earning in Middle East and paid in Dirhams will find some lenders will not lend at all, some will lend but only a variable rate but most will have kept their previous criteria on lending facilities to a non European applicant as they do not believe the legislation allows for a currency change in first place.

In general, all be it on variable rate most lenders are maintaining facilities for those who earn their incomes currently in GBP, CHF, US and Canadian Dollars. For most of these applicants thought fixed rates will not be an options.

Some developers in Spain who have sold off plan are now getting concerned their buyers may not be able to find solutions when it comes to closing.

The best way forward for Spanish non resident applicants, who have been affected by the changes and need a new loan agreed asap, or are now looking to apply for a mortgage and want to have access to everything available in the market is for them to gain access an intermediary who has the ability to look at a number of lenders and subject to status, can still get loans at the best possible loan to values and provide both fixed and variable rate options whatever the circumstances of the applicant.