In total 24.748 new Spanish loans were constituted and registered at land registry most of which will have related to signing at the Notary from May. 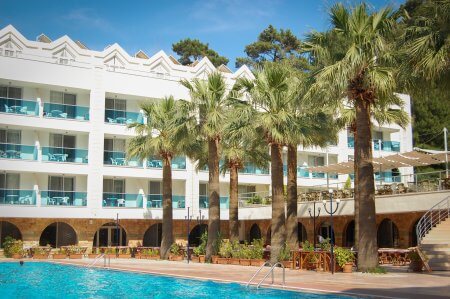 July may recover over last year

It will be interesting to see what happens to July figures against the previous year as July and August last year were very poor months for completions due to the implementation of new Spanish mortgage regulation that delayed a vast amount of completions due to Spanish lenders not being prepared.

The average loan size in June was up 7.5% over the same month of the previous year and came in at € 131.6k. This may suggest that borrowers in well paid secure jobs or the more affluent are still buying property and taking loans and those buying at lower levels are less inclined to move with so much doubt over long term implications of the situation at present.

Year to date the impact of COVID can be seen.

Of all new credit flowing into the market 64.25 was lent for the purpose of buying a home.

Only 4.8% was designated for buying land suggesting developers have put the brakes on for a while.

In more normal times which neither 2019 or 2020 are the trend for June over the month of May is normally to see a decrease in mortgage activity. In 2019 the decrease June over May was minus 13.1%.

Interest rates continue to move downwards although by small percentages.

Regions hardest hit on activity include those popular with non resident buyers buying holiday homes like Andalucia down 27.2% over last year, Canary Islands down 19.2% and Valencia down 32.8%.

Madrid interestingly showed a reasonable increase June over May and was one of a handful of regions doing so despite the difficulties in getting to Notary for signing.

In total there was also far more movement on cancellations and redemptions with 20.137 loans being cancelled or redeemed within the month compared to only 12,000 in May.

This still left the Spanish Banks with a net inflow to their mortgage books.

In terms of upfront activity the level of mortgage enquiries has steadily increased since lockdown finished with August being unusually busy.

There are much higher levels of borrowers going through the mortgage application process in anticipation of looking for property in September and October. At present restrictions in place by the UK government in particular and warnings from other Governments like Germany has meant that the potential buyers whilst organising their lending requirements may find that it is early next year before they can realistically consider visiting Spain and securing a property.

Completions are still happening and those delayed by the lockdown are starting to make their way to Notary, Vendors and developers are now pushing hard to get committed to sales finalised.