As expected Julys loan data in Spain shows a further decline both month on month and year on year.

Given the overall situation the figures could have been a lot worse and we may as yet see further declines as the year progresses.

The non resident Spanish mortgage in market in terms of actual completions is at a virtual standstill. Unless the applicant was already committed to a purchase, bought off plan and completion is due and has in place a power of attorney to complete for them, due to travel restrictions most have been unable to select a property. 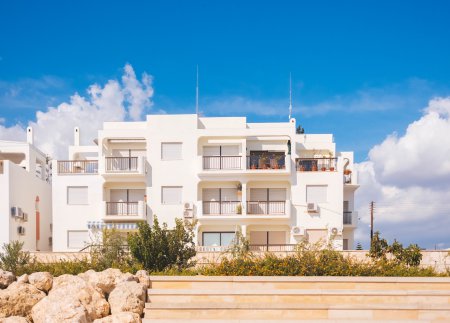 Actual approved applications of potential buyers just waiting for a point when they can search for a property are still amazingly buoyant but at present they are stuck as just that approvals for lending and no property to buy.

The residential market saw an up tick in completions when lockdown finished but with adverse conditions in Spain it is difficult to see this continuing as people become more rather than less nervous about their job situation and the overall economic impact on Spain.

Unlike the UK there has been no short term encouragement from the government by way of reduced purchase taxes and given these are regional rather than national it is unlikely to happen.

Madrid hardest hit region with COVID  had already moved purchase taxes to 6% from 8% after the banking crisis and other regions either held the same or increased them despite low activity at that time so its difficult to see any positive action this time round either.

At present whilst the Banks in Spain are cautious little has happened to general risk criteria again it may well be that in the coming months risk criteria tightens as the economic fallout becomes tangible.

Average loan size in Spain the only area of increases

The average loan size in July increased against the same month of last year by 8.9% and reached € 132.3k. This was also up slightly on the previous month.

Year to date after a good start to year the number of new loans is now down 10.5% against last year the level of capital lent is down 2.5% and average loan size up 9%.

Interest rates remain very stable. The average rate for completion in July was 2.54% over a 23 year term. This was from 2.49% last month but down from the 2.59% of the previous year.

52.5% of all new loans in Spain were on a fixed rate mortgage product type and 47.5% on a variable rate.

For some months now despite the Euribor being held in slightly minus territory the majority of mortgage applicants are opting for a long term fix.

All regions are seeing a decline in business with 2/3rds dropping below the median decrease.

Cancellations in the month were 25.366 so the Spanish Banks are still seeing net in flows to their mortgage books.

As the pressure continues we may see more and more consolidation of lenders and Banks in Spain. Caixa Bank and Bankia look set to merge and despite this reducing options considerably politically it is being encouraged. Bankia are still partially state owned so it is most likely Caixa Bank will be the dominant force which is not necessarily good for borrowers as Caixa Banks focus and criterias are not as good as Bankias.

Other Banks will come under pressure to strengthen their base and we may see more mega mergers as the months progress.