Monthly lending in Spain for November

New monthly lending Spain, for mortgages in Spain and registered at land registry totalled 28.756 in November 2020.

Monthly lending in Spain was down by 2.4% for same month of previous year. However up 1.8% on mortgages in Spain for the month of October.

Increases in average loan sizes means despite number of loans in Spain being down capital lent increased. Therefore lending in the year is only down a marginal 0.2% on 2019 figures.

Year to date the level of new loans is down 7%. Given the overall worldwide situation the decrease is is not too bad. Also It is off a relatively static year in 2019. Certainly not as bad as it could have been.

The level of cancellations and redemptions has dropped month by month. Therefore, from a net lending book point Spanish Banks are seeing a better year in 2020. In fact better than for many years. 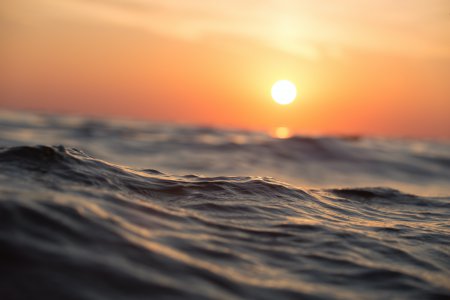 The 12 month Euribor, to which variable rates are linked dropped again in the month. The decrease is marginal, but remains in negative territory.

The Euribor and ECB rate being low, and looking to remain that way, seems to be encouraging more mortgage applicants to look at the variable rate. In comparison to higher fixed rate options.

A few months ago more new residential loans completed on fixed rates. Rather than variable. In last couple of months this trend reversed.

In November 50.8% of all new loan contracts for the purpose of buying a house completed on a variable rate basis and 49.2% on fixed rates.

The margin between average interest rates for non resident buyers and nationals is very small at present. Bearing in mind a resident will have to take many linked products to get lowest rate. Spanish Banks are holding non residents rates low too as best buys indicate.

The margin above Euribor applicants have to pay, is now much higher than it was a few years ago. currently 1.5% above is very competitive,  and 2% normal. In comparison to a standard 1% back before banking crisis. However the difference between what you could achieve as a resident, to non resident has narrowed.

No monthly lending in Spain trends by region in Spain

Regionally there was not much in the monthly lending in Spain to suggest any kind of regional trend. The Balearics had a low volume month in November, but number of new loans is small in comparison to other regions.

Andalucia saw a downturn across all levels, but again no real trend. Up until November it was holding up pretty well.

Travel restrictions and local lockdowns is still preventing much activity in 2021. Therefore the start of the year will show low numbers when they are published.

Next month will see the full 2020 overview of Mortgage activity in Spain. Based on what we have so far, the year will show a decrease, but perhaps not as bad as could have been predicted. Given Spain was hit hard by COVID March 2020.

Whilst the numbers on new completions is down so is cancellations and redemptions. Meaning despite the difficulties Spanish Banks continue to see some growth in their mortgage books. In October 25.691 loans were redeemed against 28.248 new mortgages in Spain. This along with an uplift over the year of average loan sizes has been a positive.

One area, aside from the high increase in average loan sizes, where there is a big change is the level of new Mortgages in Spain for the purpose of buying a house. Monthly lending in Spain for homes reached 70.3% of all new lending in the month. In normal times this would be more like 60%. Loans for commercial reasons, land purchase and Rustica are heavily reduced at present.

The end of 2020 and start of 2021 may however see a further downturn in business as local restrictions, worldwide travel restrictions and financial uncertainty take their toll.