Remortgages in Spain have historically not been available.

For many years Spanish lenders have resisted the process of re-mortgages. This being the movement of an existing loan from one lender to another with better conditions.

Historically they have avoided it due to the subrogation process. Whereby the existing lender had a formal opportunity to match the new terms being offered and retain the loan.

Bank in Spain therefore offering new conditions found themselves doing a lot of work on an application, which ended up with no new business. 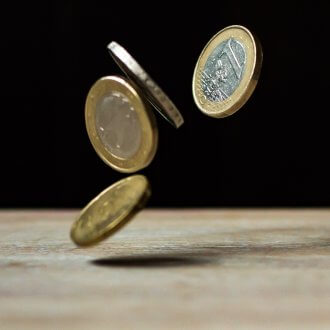 Benefits for lender and borrower

From many aspects, particularly risk, taking over an existing loan is beneficial. Remortgages in Spain can be positive for lenders. In comparison to a new borrower. In this instance risk is higher. Instead they are taking on a Spanish mortgagee with history of, on time payments.

Loan to values, due to lack of interest only, are generally lower as well.

Changes in recent years no longer allow lenders to automatically add linked products. For instance  life cover, this mean some historic loans are not competitive.

Re-mortgaging may be worthwhile. Even if the rate cannot be beaten. The new mortgage in Spain may reduce the overall cost, by getting rid of unnecessary add on costs.

Remortgages in Spain could provide benefits. However costs need considering.Changing lender incurs fees. Costs are not covered by Spanish lenders. Whilst costs can be kept to a minimum, some costs will apply.

Costs of moving a mortgage in Spain

These costs will include a new valuation. This is required by Bank of Spain. Costs may include redemption penalties from existing lender and set up fees from new lender. There will also be some Notary and land registry costs.

Full applications had to be made. In order to ascertain benefit of moving an existing loan. Moreover the borrower in Spain had to go through putting together a fully documented application before they could work out any savings.

Therefore a process that would avoid this is a positive.

Remortgages in Spain potential savings both quickly and easily

One Spanish Bank has now streamlined this process. Requiring only a completed questionnaire to outline the terms and conditions they could offer on a re-mortgage. This would include an improved rate, removal of certain linked products. Also lower set up costs.

Easy calculation on how long to recoup costs. Minimum input from the borrower.

All of this can be done and clarified before the process of making a fully documented mortgage application has to be undertaken.

Who is most likely to benefit from remortgages in Spain

After the banking crisis mortgage numbers in Spain were low. However rates were very high. Better conditions could be obtained. Particularly if existing loan is from 2010 to 2016.

Obtaining new funds when re-mortgaging remains an issue. New funds must remain in Spain. Can only used for specific purposes. This could include improvements to the existing property.  Also partial help toward buying another property in Spain.

The new process is being trialled by a lender in Spain. To enable to understand benefits for the borrowers and the Bank. If a borrower wants to sense check if they can save money in the longer term this is a quick and easy solution.