The average loan size for Spanish Mortgages dropped in December from € 130.7k in November to € 126.4k.

When considering the figures against the same month of the previous year the average loan size was up 9.4%, the number of new mortgages in Spain was up 0.9% and the amount of capital lent 10.4%.

Accumulated for the whole of 2018 the average loan size increased by 5.6%, the number of total new loans increased by 10.3% and the level of capital lent for the purchase if a home was up by 16.5%.

In December of the amount of new credit into the system only 55.1% was for the purchase of a dwelling. This level is normally over 60% but during the Christmas period the normal trends do not always apply. 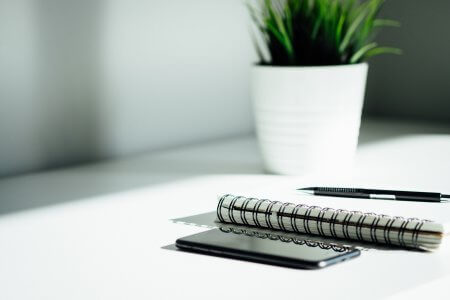 Interest rates remained very static within the month with the average rate granted by the Spanish lenders being 2.62%.

Variable rates were a little higher than last month but down on December 2017 and fixed rates which now constitute over 40% of all loans were 4.8% lower than. Last month and 11.9% lower than those granted in 2017.

The average agreed term is 24 years and fixed rates came in at an average of 2.98%.

By region the year end results were a mixed bag.

The Islands both the Canaries and Balearics ended the year behind the previous year in terms of numbers of loan. Both these regions saw good increases in 2017 and actual levels of loans are relatively small in terms of the whole of Spain.

Madrid, Cataluna despite its potential problems, and Valencia all saw significant growth in 2018 in terms of capital lent

Andalucia who in previous years completed on the most in terms of capital  fell into third position on absolute numbers. Madrid and Cataluna coming first and second. Andalucia remained the region with the most actual completions .

For the full year average loan sizes of € 123.7 was significantly up on 2017 where it reached 117.2% this suggests that in most regions the average house price has increased and confidence in the economy has improved.

2019 will see changes and new challenges for the Spanish Banks. New EU wide regulation on lending is expected to be implemented along with changes to what costs the Banks can insist the borrower pays for.

Already in 2018 we saw the Banks start to pick up the payment of mortgage deed tax.

Some lenders in anticipation of further changes are already starting to cover the cost of the and registry and notary expenses related to the Spanish mortgage deed for new applications. Others are going as far as to cover the costs of the valuation and in extreme cases doing away with bank arrangement fees. Conversely some lenders have in fact increased their arrangement fees to compensate for the extra costs they have to pick up.

It is difficult to predict from the different actions of lenders what the final situation will be but it is almost certain that borrowers will have reduced set up costs as 2019 progresses. Whilst this could have a knock effect on rates given the level of competition in the market place quality applicants who do not want to maximise loan to values will have the ability to negotiate in the next few months.

At the maximum 70% loan to value, available for non resident buyers in Spain, whilst competitive rates are being granted unless the applicant also has a very low debt to income ratio higher rates are being charged.

Lenders are very much tailoring their offerings to the individual basing the final terms and conditions on the overall quality of the application and the perceived risk to the Bank.

This will almost certainly continue in 2019 and may gain momentum as lenders stop offering standardised loans.

For the year 341,810 loans were cancelled or redeemed and 345,180 new loans made their way the Banks in Spain mortgage books. Given average loan sizes also rose this means for the first year since the banking crisis there was in 2018 a net positive inflow and mortagge books grew.