The Spanish mortgage market for August showed a period of loan stability in Spain. Both in terms of growth and rates. This will be partly due to the time between signing and registration of the lending.

In total 36,721 new Spanish Mortgages were registered within the month. This will relate to loans signed at Notary in June and July. 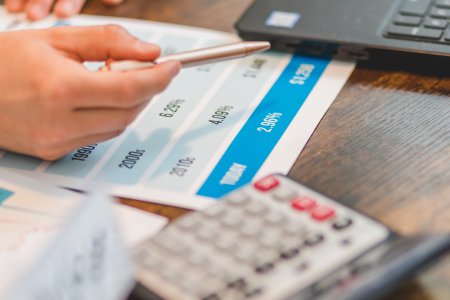 Capital lent due to higher numbers of mortgages in Spain increased both month on month and over same time last year.

Mortgages for homes in Spain

In total 71.8% of all lending was for the purpose of buying a home. This has been the trend during the whole of 2022 to date. Much less credit is being granted for business or development reasons.

Within the Spanish mortgage market for August, Construction loans are now proving very difficult to secure. Most lenders are starting to experience problems with existing loans. This is mainly due to rising costs and rising interest rates. Some developments have been caught out with unrealistic sale prices based on how much it is now costing to build. Others on a variable rate are struggling to maintain payments.

This area of pending is now considered very risky. This may be unfortunate as rising material costs have now been adequately built into newer project costs.

As is sadly often normal lenders in Spain appear to be behind the curve.

Rising intertest rates are yet to affect the average rate within the month. This is because most completed loans were signed in June and July when the Euribor was still below 1%. Fixed rates were also still below 3%. Data issued by the INE relates to registration rather than signing so is some 6 to 8 weeks behind ,market reality.

In October the Euribor jumped by over 1%. The 12 month Euribor is now 2.229%. This will be reviewed beginning of November. Hopefully any predicted ECB base rate increases were factored in a bit and future monthly increases will be less drastic.

Most fixed rate mortgage product types are for the full term with higher redemption penalties so borrowers may choose to take a hit on the variable for future flexibility. This being as rates drop.

A couple of lenders have mixed fixed/ variable products. These look to be a sensible choice at present. Fixing against rising Euribors in the medium term. However coming out of the fixed onto a lower margin above Euribor in a few years.

This has the benefit of allowing borrowers to take advantage of falling interest rates in the future. Also allows them to request a further fixed rate if these are competitive at the time. This is because under the regulation of 2019 a lender is obligated if requested to move the borrower from variable to fixed.

In such volatile times it is difficult to predict what is the best route. A mixed fixed however does provide the maximum flexibility possible in the future.