Whilst only a marginal decrease it remains to be seen if the trend continues.

Down on June the level was up from 139.2k for same month of last year. 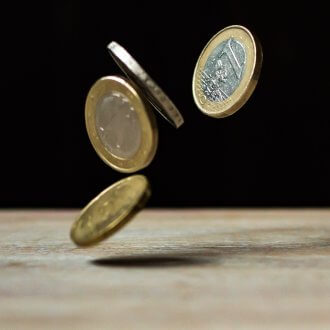 Numbers of new loans in Spain

In terms of numbers of new Spanish loans the same trend was followed. Up on last year but behind on June this year.

Generally July is weaker than June but the drop is more significant this year.

Of all new credit flowing into the market 68.9% went on home loans. This is in line with where most of 2022 has been. Lending in Spain for land and commercial has been under pressure all year.

Interest rate increases are still slow coming through the system. This may be due to offers made and rates held by the Spanish Banks.

It is also the case that many homeowners have taken the opportunity in last few months to remortgage their Spanish loans to new rates. Taking advantage of long term fixes to provide stability in coming months.

The average interest rate for completed loans was 2.56%. This is the average over a 25 year term.

Of this the average variable rate fell to 2.03% and average fixed rate stayed stable at 2.68%.

Fixed rate mortgage deeds made up 75.4% of all new loan completions in the month.

Madrid has been the first region to see significant reductions in activity. Is one of the few regions down year on year for July. This maybe because the economic concerns are felt more quickly and heavily in the capital.

Cataluna on the other hand saw better activity than last month and last year. However this is partly due to lower levels being achieved last year in the City.

Madrid also saw a fall in property transfers in the month. Down 17.3%.

In the month the number of new residential sales was up 8% on June last year, however total transfers were down 6.8%.

Spanish Banks are becoming more cautious in their underwriting. Building in anticipated interest rates. Assessing affordability against these. Also taking into consideration a general slow down which may put jobs and earnings under pressure.

It is almost impossible for any lender in Spain to predict the future market.

Inflation, rising interest rates and the Ukraine war are all unknowns in terms of impact.

After years of financial stability world wide, and low and stable cost of funds, many unusual  factors are in play.

Over reacting could become self prophesising and cause a market turndown. There is a delicate line for the Spanish Banks to follow.

Redemptions yet again this month were outweighed by new loans. 31.095 mortgages in Spain were cancelled so a net inflow of business in the region of 4k.

Holiday home purchases in Spain are likely to slow even for Scandinavian and German buyers. This in turn will reduce the non resident mortgage market.

Possibly off the back of what is now a strong dollar to Euro US based clients remain relatively high.